After obtaining a Bachelor of Science degree at Reed College in Oregon, Waage earned a PhD in Chemistry from the University of Washington.  He spent decades at high-level public and private organizations with a focus on public safety.

Waage is a chemist by profession. He managed the corporate side of PG&E’s Diablo Canyon Power Plan Emergency Planning Program for several years before transferring to the plant.  He retired in 2000.

Before this, Waage managed the Nuclear Power Plant Emergency Planning Program and Hazardous Materials Emergency Response Program for the State of Illinois. He began his career as an Assistant Professor of Chemistry at Illinois State University.

Waage returned from retirement to work in Vienna, Austria at the United Nations International Atomic Energy Agency (IAEA) in 2005, the same year that the organization earned the Nobel Peace Prize.

As Mayor, Waage does his homework and uses the skills he honed during his career to ask tough questions while remaining respectful and firm. He supports the effort to fix up the downtown area and to improve traffic flow and parking.  He has been a leader in the effort to reduce wildfire hazards throughout the city and he has been a strong advocate for the improvement of the Price Historic Park. He has worked hard on efforts to increase our water supply with a recycling program while supporting conservation efforts. 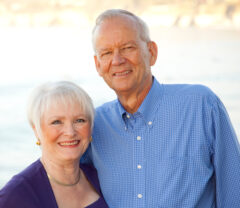 Ed lives in Pismo Beach with his wife, Jeannie Nix, and has one daughter, Marianne.